Curved grades are a common practice in college. It’s when instructors assess students based on their relative performance. This may refer to a bell or normal curve, and students’ grades are adjusted against that curve.

You may have heard about students praying for the curve, and this article will help you understand why. I will talk about how you get your grades, how grades are curved, and how this impacts your academic performance. I will also discuss why curving grades is such a debated practice.

How Do Curved Grades Work?

Curved grades work by setting slots, adding points to scores, or lowering the perfect score. They may set specific slots for a grade so that only a few students can get an A or 100%. They may also add points or lower total scores to meet an ideal average.

Let’s look at some of the ways grades can be curved.

Professors tend to curve grades by adding points when most of the class failed a test or missed an item. To know how many points to add, they may make the difference between the perfect score and the top scorer and add that to all the students’ scores.

They may also add the score for an item everyone missed, for instance, a 10-point question.

If the instructor or school has a fixed curve, they can set a certain number of slots per grade.

For instance, the instructor can generate a bell curve and see that the top 10% of the class may get an A. In a class of 80, only the top 8 students can get an A. So, even if all get 93+ grades, only eight will get that A, and the rest will follow along according to the distribution (source).

The instructor can lower the perfect score such that the class average meets the ideal standard.

Square Root of the Percentage

Instructors can also take the square root of every student’s percentage and use that as the new grade. For instance, a student with a 70% standing will have a new grade of 83% when we take its square root. For those who have 90%, the new grade would be around 94% (source).

What Are Curved Grades?

Curved grades are the result of adjustments made by instructors based on the performance of a certain class. Most professors curve grades when students perform poorly, or a fixed grade distribution is not met. Curved grades may be good or bad.

But first, let’s look into why it is called a curved grade or grading on a curve. I will discuss this in the next section.

As I have mentioned, some instructors or schools have this fixed grade distribution that they may implement every year. This distribution may often be based on the normal distribution, which is often observed in groups that represent populations.

It can also be described as a curve.

Grades are numerical figures or letters, depending on the grading system used by the institution.

They are often perceived as an evaluation of a student’s performance in a particular course. They are based on their scores on assessments like quizzes, performance tasks, exams, and other projects the instructors may give.

But aside from being an indication of academic performance, grades may also serve as a form of communication and feedback. Feedback is considered to be a primary function of grades. There are two types of feedback students may get – evaluative and descriptive (source).

The evaluative feedback is the one many often gets concerned about. It gauges how the student performed by giving a score, numerical grade, or written comment.

Descriptive is mainly focused on how the student can improve themselves. Grades may serve as a form of evaluative feedback, and depending on the instructor, may also serve as descriptive if it comes with a helpful comment (source).

How your grade will appear depends on what grading system your college uses. Grading systems were established to standardize assessments and for better communication between institutions.

Here are some examples of grading systems used in colleges around the world.

The Letter Grading System is when grades are reflected as an A, B, C, D, F, or I. Some schools may have plus and minus values, such as A+ or A-. Generally, A-C grades are considered good, with A (or A+) being the highest. The grade of F is viewed as a fail, and I is incomplete, meaning the student lacks certain requirements.

These grade points may have equivalent letter grades and are often used to calculate grade point averages (GPAs).

In the percentage-based grading system, assessment types are weighted or given specific percentages.

For instance, long exams may comprise 50% of the grade while homework encompasses only 20% of it. In this way, certain activities, like exams, impact grades more than others, like homework.

For example, if you got perfect scores in both the long exams and the homework, but zero in the other assessments, your overall percentage for that course is 70%. That percentage will have a grade point equivalent of 1.00 (source).

These are not all the grade systems being used.

For this reason, it’s a good idea to learn about your college’s grading system to know how you will be evaluated. You may also check if your professors use a percentage-based grading system and request to see the breakdown so you can see which assessments bear the heaviest on your grade.

Not all professors curve grades or abide by fixed distributions. Indeed, it is even debated upon. But generally, most do have the freedom to curve grades when they see the need for it.

Curving grades is often done when students fail, which is why most students pray for a curve after a complicated exam. Other professors also curve grades when they want to avoid bad evaluations from students or avoid grade inflation (source).

How Much Do Professors Curve Grades?

How much professors curve grades depends on the performance of the class. If students perform relatively well, they may not need to curve or add only a few points. But if most failed, then drastic changes may be made.

Again, curved grades are norm-referenced, which mainly depend on how you and your classmates perform.

Students may often believe that curving grades is good, especially when you get a terrible exam and the professor gives points to everyone. But, curving can have both good and bad effects, depending on the context and the student.

Can Curving Hurt Your Grade?

Curving can hurt your grade. For example, when your class has a fixed set of slots for a specific grade. For instance, you got a 90+ raw grade. However, since your classmates got a better grade than you, they may take up all the slots for the A grade.

Also, when the professor decides to use the square of the percentage grade, your classmates may get more points than you. While this might not be necessarily harmful to your grade, it’s a bit unfair for them to get more bonus points than you just because you are an outlier.

Some students have appealed against curving, especially after discovering that their grades have gotten lower because of it. For example, in Western University, curving resulted in a student getting a grade lower by 8% (source).

The student was successful in getting the higher, pre-curved grade.

Does a Curve Always Help Your Grade?

A curve can help your grade, but not always, especially during challenging exams or courses. Sometimes professors cannot predict that their exams are very hard, and some curving methods help compensate for this lack of foresight.

There are a lot of arguments on whether it is ethical or right to curve grades or not. Some argue that curving grades help prevent grade inflation.

With inflation, grades get devalued, and there is little distinction between who is the best in class.

However, by setting a curve, students’ chances of getting good grades may be restricted. This can foster a very competitive environment which can be harmful and demotivating. Many students may go out of their way to beat their classmates to the top.

Some may give up and not make an effort.

Some also think that curved grades take away the focus on learning. Instead of absorbing the material and collaborating with classmates to understand a topic, a curve may lead them to see every classmate as a competitor, especially top students.

They may also be too focused on how to get good grades that learning becomes a secondary goal (source).

Is Grading on a Curve Unfair?

Grading on a curve can be unfair and it can limit the incentives that students may get for learning and foster an unnecessarily competitive environment. But, when used to help a failing class, it can be more beneficial than unfair.

Also, after curving, instructors may not take the effort to return to the topics or materials that their class has difficulty with. Thus, they may end up with students who passed the course but have not met the necessary learning outcomes.

But while curving grades can be the go-to for instructors and students, it is not the only alternative. The criterion-referenced grading is a sound system that focuses on students achieving set learning outcomes instead of outdoing each other.

Also, instructors may opt to offer extra credit work for students to compensate for low performance. They may also give out participation activities wherein students automatically get points for effort, which can incentivize students to make an effort.

Curving grades is a practice you may encounter at least once in your college life. Some professors set grade slots, add points, and take the root of percentages to adjust their students’ grades. While these may seem helpful on certain occasions, the prevalent usage of curving may not be favorable. You may think that all science majors are created equal and that a chemistry major will have a much greater chance at getting a job than, say, a liberal arts major. But if you’ve spoken to a former chemistry major who has spent some time in the “real world,” you’ll quickly learn that this isn’t… 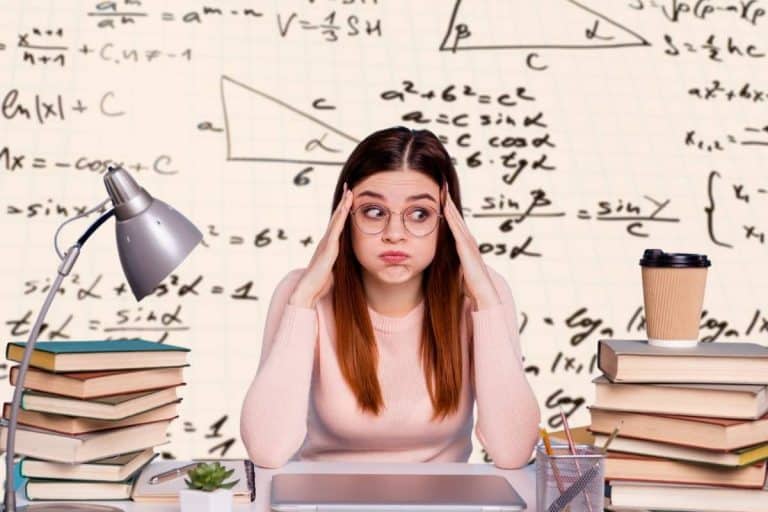 Trigonometry and precalculus are two courses that most math students take in high school. Trigonometry is generally taken during the sophomore or junior year of a student’s high school career, and precalculus is taken afterward or in the next year (the sequence varies between different schools). However, in some cases, students may have to choose… When you’re enrolled in college and have decided on your major, you’ll still be required to take additional subjects outside of your major. Among the options available, a history course might turn out to be one of the best subjects you’ve taken in your undergraduate years. Since there are a few history classes to choose…