Chemistry is an age-long field of science that most students come across at some point in their education. Despite its long history, it was only around the 17th century that scientists discovered, or agreed, that chemistry existed in two primary forms: organic and inorganic.

Most people, especially students, want to know which is worth exploring and more challenging: organic or inorganic chemistry? What tells these two fields apart? Here, we will provide answers to these and more.

Differences Between Organic and Inorganic Chemistry

Thus, the factors that differentiate organic from inorganic chemistry are organic and inorganic compounds, which will form the basis of our comparisons.

Here are a few differences:

In terms of reactivity, organic compounds are known to be more reactive and can be highly flammable.

Evidence of this is not far-fetched. Hydrocarbons, which are an example of organic compounds, include petroleum and natural gas, and these are known to have high flammable properties.

On the other hand, inorganic compounds are not flammable or volatile unless specifically synthesized to have those attributes.

The differences between the compounds mentioned above are the main distinguishing factors between organic and inorganic chemistry, especially systems and methodology. There might be some similarities.

Similarities Between Organic and Inorganic Chemistry

While we seem to have highlighted criteria that distinguish organic and inorganic chemistry, we should note that both areas are not so distinctively different and separate as many people may make them out to be. The fact is that often, these disciplines do overlap in some respects.

For one, the systems and methodologies are primarily the same.

They are both used in the making of many products. For instance, both organic and inorganic compounds are used in making pigments and coatings.

Organic compounds from hydrocarbons can be used as petrochemicals to make coatings and other products such as plastics (source).

The use of both organic and inorganic compounds, either jointly or separately, is also found in drug production and medicine.

Which Is More Difficult? Organic vs Inorganic Chemistry

Having understood both sub-disciplines, people naturally get interested in the question of: “Which is more difficult – organic or inorganic chemistry?”

Both organic and inorganic chemistry carry significant degrees of difficulty. For some people, the question of which is more complex may be based on personal preference and prior knowledge/interests. However, based on experience, we can say that organic chemistry is largely more difficult.

A significant reason for the complexity of organic chemistry is due partly to the large number of compounds; it requires a lot of memorization and rote learning.

There is an almost endless number of organic carbons, and then each has its different rules and properties, thus making grasping a lot more complex. What’s more, a number of these rules are flexible. Even at that, organic chemistry becomes less memorization-intensive and more experimental in advanced studies.

What To Expect in an Organic Chemistry Course

Everything you may see around you contains some chemistry; that is, both living and nonliving matter that you may find around contain some chemicals.

Chemicals are the very foundation of life. However, the chemicals present in each item or matter differ from one another.

A single item will almost always contain a group of chemicals and not a single one. When this happens, we have what is called a chemical compound.

Right at the center of the distinction between organic and inorganic chemistry are carbon compounds. Carbon is one of the most abundant elements, only trailing hydrogen, oxygen, and helium.

It is simply indispensable in everyday living, as without it, life as we know it will not exist. Whether for biological or industrial purposes, we cannot do without carbon.

Carbon dioxide (CO2), a type of carbon compound, is a crucial element in the atmosphere. It is needed for the continued survival of life on the planet.

It also exists in almost all the elementary classes of food, including carbohydrates, protein, minerals, and the food items in which they are found.

Carbon is also vital for industrial purposes. It is an essential tool in the formation of hydrocarbons such as methane gas, crude oil, and other fossil fuels that form the basis of today’s industrial and technological endeavors. Without them, it will be extremely difficult to power anything.

Also, the bonding together of carbon in different ways leads to the production of allotropes of carbon. These allotropes have become essential elements and tools in modern living.

For instance, some of the most popular allotropes include diamond and graphite and many more items used for recreational and industrial ventures.

As you already know, carbon is a vital element in the continuous existence of human and non-human organisms. This importance also spills into organic chemistry as a field of study.

Organic chemistry is quite complex, which is why it is a separate sub-discipline in chemistry.

Like the element carbon, there are several applications for organic chemistry, and these range from industry to agriculture, food science, and medicine.

Here, we examine them briefly:

Are you looking to pursue a career as a medical doctor? Then you cannot escape using the knowledge of organic chemistry.

Organic chemistry serves as one of the backbones of medicine as a field. An extraordinary number of drugs would have been impossible without the infusion of carbon compounds applying some knowledge of organic chemistry.

How will organic chemistry help me become a pharmacist, you may wonder. Well, the interaction of all drugs with the human body depends largely on its chemical components, down to the individual compounds.

Also, drug categories such as painkillers, anesthetics, antibiotics, and antidepressants contain huge amounts of carbon compounds. One key role of these organic compounds is that they form the chemical elements that will cause the necessary alterations or desired effects.

In addition, they make the drugs soluble so that they are freely movable within the body upon application.

Petrochemicals, which are products derived from oil refining, are also a subject of organic chemistry. The process of fractional distillation leads to the separation of materials into organic compounds. From here, we then get detergents, food additives, dyes, and fuels, including gasoline and natural gas.

Furthermore, it is no gainsaying that we would not have the cosmetics industry as we do today if not for organic chemistry study. An overwhelming amount of nail polishes, perfumes, shampoo, and perfume that we cannot do without consists of carbon compounds.

Then, organic chemists are always involved in studying skin problems. They also explore how these relate to the environment to formulate chemical compounds applied in products to solve the issues identified.

If desired, you could chase a career in food production. Another important sphere to which organic chemistry is vital is in food science, as it cuts across many areas from the process of producing the food and the aftermath.

For instance, organic compounds are one of the most common elements used in making preservatives needed to elongate the shelf life of food items. Organic preservatives are known to be relatively safer than inorganic ones, hence their popularity.

Today, having a pleasing outward appearance for food is essential, which calls for the use of different additives. One of such additives is coloring agents. Those made of organic compounds are known to be also comparatively less toxic.

Closely related to coloring additives are agents that enhance the flavors of food in a bid to improve taste and consumption. Other applications of organic chemistry in the final delivery of food include food emulsifiers.

Even before food is finally produced, organic compounds are heavily used to protect and enhance them in the field. These include everything from fertilizers to crop protection chemicals.

What To Expect in an Inorganic Chemistry Course

Despite their broadness, we can categorize inorganic compounds into four main categories:

Most of the elements regarded as inorganic include carbon dioxide, carbon monoxide, carbonates, cyanates, cyanides, carbides, etc. Most of the compounds bond together through ionic bonding, also known as electrovalent bonding.

The study of inorganic compounds is inorganic chemistry. It manifests in a wide array of forms as it studies the compounds’ behavior, properties, and chemical and physical attributes.

There is descriptive inorganic chemistry which is concerned with classifying and grouping the various compounds.

Due to its vastness, inorganic chemistry has vast applications in various areas. However, it’s mainly in such sectors as industry and manufacturing, and medical sciences, in a way quite similar to organic chemistry.

Here, we take a look at its applications in these areas:

The making of a vast number of manufactured products is only made possible by using inorganic compounds.

Knowledge of inorganic chemistry is needed to ensure that these compounds are applied in the most optimal way possible. Such products include fibers such as textiles, polymer, paper, polyethylene, and particular types of plastics.

The same goes for coatings, pigments, and paints that contain salts or metallic oxides.

Inorganic chemistry can also be applied in mining.

We are in the computer age, where increasingly, industries have to rely on computer technology. One of the essential elements in the computer is the microchip, without which various types of computers and most other electronics cannot be manufactured.

However, these chips are primarily made of inorganic elements and compounds, the most popular being silicon.

Inorganic chemists are always demanded to carry out the process of getting these trace elements infused into the tiny surfaces of semiconductor chips.

Furthermore, these chemists are constantly researching improved elements and compounds that may create better chips. For instance, gallium nitride was discovered as a better component of microchips while carrying out such work.

Chemistry is quite an exciting field, and the division between organic and inorganic chemistry makes the study even more enjoyable. As we have seen, both have strong relevance and results. The work is for specialists to understand both more deeply and look for ways to integrate them more to create helpful products. 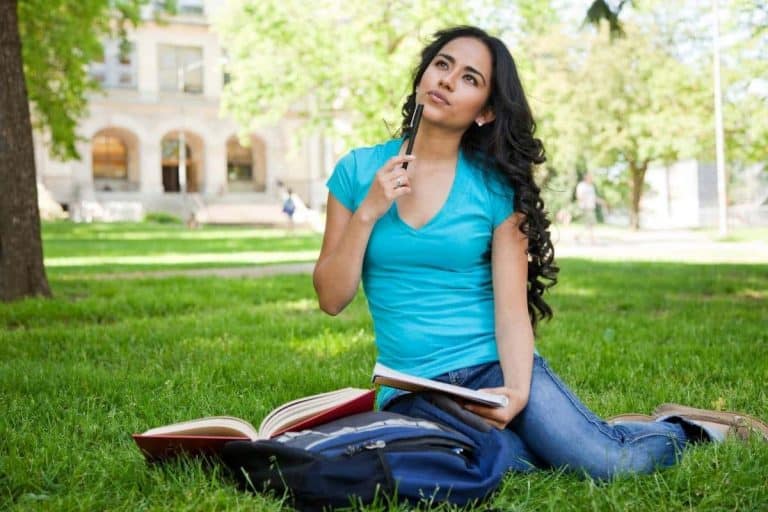 Chegg launched in 2005 as a forum for Iowa State students to find advice about job and internship opportunities, scholarships, and even financial advice. Since then, it has expanded into one of the biggest education technology companies operating today. Higher education students should be more than familiar with Chegg for its textbook purchasing and rental… Planning your college course schedule can be challenging. You need to make sure you are fulfilling the minimum credit requirement to stay enrolled and ensure that you have enough free time to complete your coursework. If you’re in an intensive major such as one of the life sciences or something health-related, you will have many… Students often find themselves deciding between the fields of Microbiology and Chemistry. Both Chemistry and Microbiology have great scope and opportunities for employment and reveal the underlying truths of our world and existence unseen by the naked eye. Both courses offer students a challenge, yet Chemistry seems to top the ranks of all-time college difficulty. … Almost 40% of all high schoolers who graduated in 2018 took at least one AP, or Advanced Placement, exam. Anyone who takes an AP exam is basically proving mastery of college-level material while still in high school—which is especially useful for core classes like Biology.  The choice between AP Biology and Biology should be influenced… Suppose you’re a high school student looking to enter a STEM field or apply to a prestigious college. In that case, you might wonder how to prepare for higher education and increase your chances of getting accepted into your preferred institution. Two such options you’ll be interested in are the chance to take honors and…