Are you struggling to get through your physics lecture each week? Trying to make it through without losing consciousness or completely zoning out can be just as challenging as the course itself. Whether you’re a physics major or you decided to use it as a required science credit, the subject can feel a bit boring and confusing at times.

Many people find physics boring and confusing because it’s taught at a faster pace than social sciences and requires you to utilize multiple concepts at once to get desired answers. That makes it one of the most difficult subjects to learn, and while “boring” and “confusing” are opinions, they fit.

In this article, you’ll understand why physics seems tedious and confusing to many students. You’ll also be able to crack the code to help you succeed in the class, whether you’re taking it as a general credit or as a physics major.

Why Physics Seems Boring To Some People

The rationale behind physics being boring varies from person to person.

While some consider it boring because they don’t understand it, you may find it boring because you already know the content being taught. It’s also possible you don’t vibe with the class, and if you aren’t interested in what you’re learning, it’s harder to focus and get excited about it.

Physics can be boring to some people since its content is very dry.

The topics begin at a fundamental level, too. While you may get in-depth knowledge on the particles of the universe and the composition of a black hole, you won’t get to that information right away, especially in an introductory physics course.

While the first few weeks of the class may seem new and exciting, that excitement will wane once you realize you aren’t getting to the big stuff right away.

Because introductory physics courses essentially teach the same thing, your issue could also be a boring professor. A good professor engages their students and finds new ways to teach the concepts.

Of course, there are some people who find it fascinating and pursue Physics as their major in college. These are the people who love math and science and can’t wait to get into the deeper answers of the universe.

However, they are few and far between and the majority of people find it to be a boring subject.

Physics is a frustrating subject for students, and that frustration stems from confusion.

It might be confusing for students because it’s one of the most complex sciences to study. Like any “hard science” class, it covers a plethora of scientific concepts and requires you to work with various ideas at once to get the results needed.

It’s easy to declare your love for the ever-expanding universe and what could be out there. However, many people don’t think of the fundamental knowledge necessary to learn about these things.

Besides the broad topic interest of physics, you also have to use mathematical principles, complex formulas, and calculations in your work. There aren’t any shortcuts with this subject either.

You must know why and how an answer originated to really understand the concept.

Although physics is notoriously confusing, that notoriety is a good thing. Physics forces you to exercise your brain and use problem-solving skills to get your answers.

Tips for Surviving Your Physics Class

Unless you’re lucky and were born with a knack for physics, succeeding in your physics class may prove to be complicated. It will require a lot of hard work and dedication if you want to snag that A, but there are some steps you can take to set yourself up for success.

Let’s take a closer look at them now.

Memorizing the basic constants will make getting through the class much easier. These constants include:

Constants are named as such because the number remains the same no matter where or how they’re used.

Knowing the most fundamental equations in physics is vital if you want to do well in your class. The equations you should always have handy in your brain are:

Understand Why the Equations Work

Getting familiar with why an equation works will help you better understand how the answer comes to be. If you have no idea why the equations work the way they do, you will end up being confused throughout the entire course.

Come Prepared With Prior Math Skills

Even if you have the most basic knowledge in these fields, you’ll have an easier time understanding physics concepts.

Pay Attention To the Little Details

Outside forces can change the outcome of a problem, so it’s essential to make yourself familiar with them. Noting things like friction and drag will allow you a little bit of leeway if your numbers are off by a little.

Even if you’re sure you got it correct the first time around, checking again never hurts. Sometimes the problems you’re most confident of end up being the ones marked incorrect. Then again, if when you check your answers, you might find that you were correct the first time, and your second answer was wrong.

Read On Your Own

Before starting a new topic during a lecture, take some time to do preliminary research on what you’ll be learning. This way, you aren’t completely blindsided when you walk into your class and you will know more about what to ask when the time comes.

While physics might be considered one of the more complicated fields of study, that doesn’t mean it’s any less worthy of your time. Even if you’re only in the class to achieve that one pesky science credit, the concepts you’ll learn about the universe are worth it.

Each person’s taste and interest level is different when it comes to any science class. Physics may seem boring to some, but it teaches you to have a broader understanding of the universe.

AP Physics vs. Physics: How To Choose What’s Best for You

Biology and geology are both science subjects that call upon students to use similar skills. If you are trying to decide whether to take biology or geology in college, you should consider which subject is easier.  Geology is considered an easier science than biology. However, the difficulty is ultimately determined by the individual’s preferences. Biology… Despite some controversy that college economics is outdated, economics continues to be a highly versatile and adaptable subject conferring invaluable skills on economics graduates. Employers often seek out skills acquired in an economics degree, and graduates often also receive high earnings.  An economics degree is worth it and provides graduates with highly sought-after skills such… 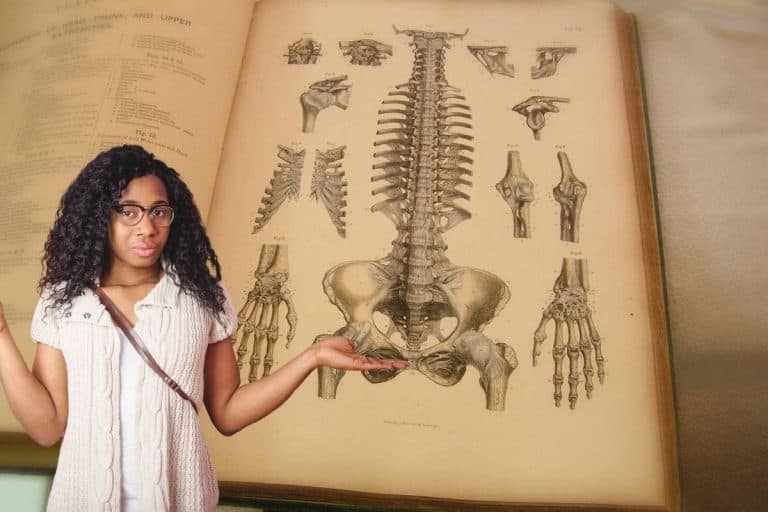 Undergraduate pre-med students or those who intend to enter the medical field will probably need to take anatomy and physiology at some point. Taking care of human bodies requires an intimate understanding of what makes them tick. If you have to take both of these classes, is it possible to take them both at the… If you just got a bad grade and started worrying about your GPA, I feel you. Getting a D in your favorite course sucks, but it’s not the end of the world. Nonetheless, you can’t help but wonder whether your college GPA really matters. Your college GPA does really matter, especially if you plan to… Psychology is a popular choice for many college students and often has the reputation of being an easy major. Since this field studies the human mind and human behavior, it can seem like many topics might be intuitive to its human students. However, this is not the full picture of a degree in psychology. Psychology…