The decision on which college to attend has far-reaching consequences for any student. According to a 2015 survey, 63% of students considered cost as the most significant deciding factor when choosing a college. Trends indicate that most students are willing to enroll in colleges outside their state despite the greater cost implications of out-of-state tuition.

Colleges charge more for out-of-state students because they’re funded by taxes paid by state residents. As a result, students who are residents of the state have the right to attend public colleges within their state at a lower cost than students from outside the state.

This article will look into the differences in price between in-state and out-of-state colleges and the various options available to cushion the cost of attending college as an out-of-state student.

Understanding The Cause For Higher Out Of State Tuition

The education system in the United States is decentralized, meaning public schools aren’t run by the federal (central) government. Rather, they’re run by the state government, which means that each state is individually responsible for managing and funding its public schools.

As of 2020, revenue for public four-year colleges and community colleges came mainly from state government funding, which is largely constituted by taxes paid by state residents.

How Much More Does It Cost To Go to College Out-of-State?

Tuition rates vary across different institutions, so the cost difference between in-state and out-of-state tuition depends on a student’s individual school choice.

Over the course of a four-year undergraduate program, this means that a student could potentially pay almost $68,000 more to attend a public college outside their state (source).

The Best States for Out-of-State Tuition

The table below lists the top five states with the highest and lowest average out-of-state tuition costs for the 2021/2022 academic year (source).

How Can a Student Qualify for In-State Tuition?

Attending a public university outside the state doesn’t necessarily mean paying more. Proof of residency, reciprocity programs, and legacy scholarships are just some of the ways that out-of-state students can qualify for in-state tuition.

By becoming a resident of the state that they wish to attend a public university in, an out-of-state student can qualify for in-state tuition.

However, some states may not grant residency if the student is relocating just to attend college.

Some schools also require that the student has been a state resident for more than one year, which is verifiable by documents such as car and voter registration and conversion of driver’s license (source).

For example, through the Western Undergraduate Exchange, students from California can attend public universities in Alaska, Hawaii, Nevada, South Dakota, and other western states at a significantly reduced cost (source).

Students have the opportunity to benefit immensely from such agreements, with some schools lowering their out-of-state tuition rates by as much as half (source).

Other such reciprocity programs include:

Private colleges don’t distinguish between in-state and out-of-state students because they’re not run or funded by the state government. Private universities charge a standard tuition rate, no matter where a student is from.

The typical private school student paid $53,949 for the 2021/2022 academic year, which exceeded the average out-of-state tuition cost for a state college in the same period.

In contrast, others considerably reduce tuition amounts for students from other countries to below the out-of-state rate by offering scholarships and grants (source).

Deciding which college to attend requires a lot of careful thought, especially where finances are concerned. The cost difference between in-state and out-of-state tuition can significantly influence a student’s college choice. With careful consideration and research, students can find ways to substantially lower the cost of attending college if they choose to go out of state. Going to college can be both fun and a scary experience for most people. The stress of picking the right career path and learning something new is often overwhelming when combined with the pressure of doing their best, fitting in, and being comfortable. These issues are why most first-year college students are usually nervous about… Are you worried that you won’t be able to get into college because you didn’t get the marks you needed? Or you haven’t received an offer you’d like to accept?  Here are ten tips for what to do if no college accepts you:  Take a year off.  Search for colleges that are still accepting applications. … 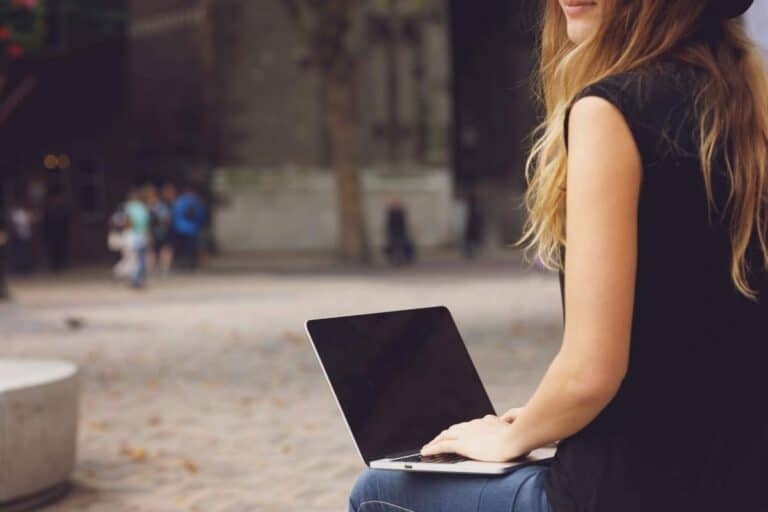 Taking good notes in your college classes is important if you want to succeed. You need to use your notes after class for reviewing and studying before exams or assignments, so you want to have organized notes with all the information you need. So how do you take better college notes on a laptop? Here’s… When applying to college, it’s essential to understand what the admissions team is looking for. The better you understand how colleges will be evaluating you, the more prepared you will be for the application and acceptance process. One topic many high schoolers find themselves wondering about is how closely colleges are examining their grades.  Colleges… As you prepare to apply for college, I’m sure many people are giving you advice about what to include and what to leave out. While everyone has their own opinion about what extracurriculars are better to have on your high school record, the truth is all of them have an impact on your continued learning,…